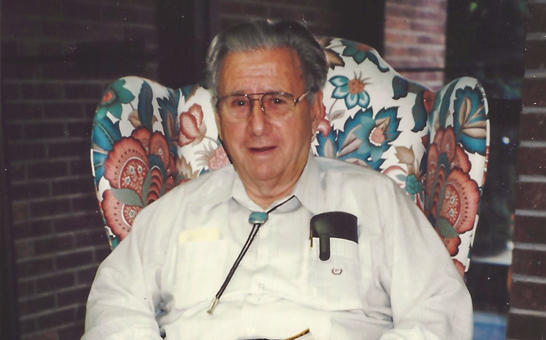 Gene Parks came of age during the Great Depression with parents who purchased a Texas citrus farm to “keep the wolf from the door.” Gene often talked of watching his father help others, including delivering a truckload of citrus to the Methodist home for unwed mothers in San Antonio each Christmas. This generosity was conspicuous during a time when it was more common to pass judgment than extend a kind hand. Gene’s father also loaned money to neighbors who were in danger of losing their farms during those dark days. Helping people faced with hard times remained a constant influence throughout his life.

Gene’s adult years transitioned from citrus farming to operating a wholesale florist operation specializing in roses. Gene brought hundreds of roses and hydrangeas plants to donate to the landscaping when he moved to Givens Estates from his home in Tryon, NC. His new neighbors were delighted when he delivered hundreds of beautiful blooms in small vases.

Gene’s concern for others drove his decision to found Kiwanis International Terrific Kids and fund an endowment supporting the Residence Assistance Ministry at Givens Estates. His wife, Becky, emphasized Gene’s desire to give beyond himself. “He would see a need and meet it, inspired by his Christian faith and service.”

Back to Previous Page